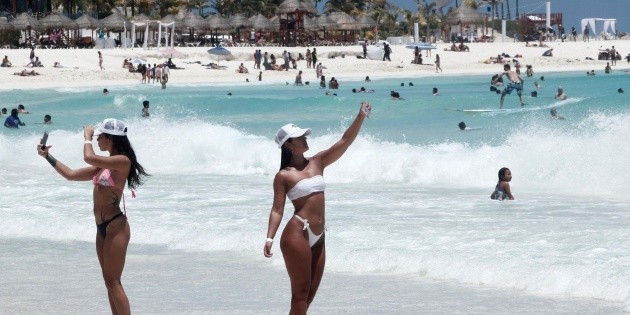 
The capture of tourist foreign exchange During November 2021 it reached the historical figure of 2,133.3 million dollars, which represented an increase of 12.5% ​​compared to 2019 (full year without the effects of the COVID-19 pandemic) and 148.9% compared to the previous year. That figure was the second best of last year (in July they totaled 2,225.4 million dollars).

But nevertheless, In terms of international tourist arrivals, the figures are still below those registered a couple of years ago: In the eleventh month they totaled 2 million 897 thousand 110, which meant a drop of 24.6%, while this figure grew by 38.5% compared to November 2020, according to the National Institute of Statistics and Geography (Inegi).

The consulting firm Brain Analytic highlighted in an analysis that the share of spending by international tourists, mainly those arriving in Mexico by air with respect to the total, has shown a relevant increase, because in November 2019 it was 89.8% and in in 2021 of 94.1 percent. In addition, he highlighted that in the last months of last year tourists from the United States have decreased their market share, particularly in the eleventh month, where it was 66% and in complicated months of the pandemic it reached up to 93%. hundred.

In consecuense, the average spending of inbound tourists also reached record levels in November, reaching 1,150.15 dollars, 24.6% above the same month of 2019.

For the president of the Tulum Hotel Association (AHT), David Ortiz Mena, the increase in international air activity has meant that last year, at times, there will be more operations than before the pandemic in the Caribbean.

“The increase in spending is evident because there are some international markets that have not taken vacations for long periods, which makes them eager to travel and eager to spend in the destinations they arrive at.”