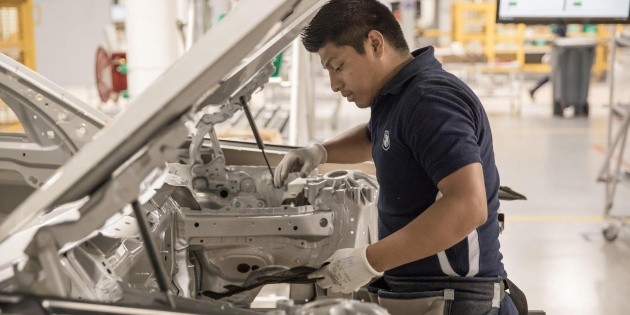 North America, the region suffering the most from the semiconductor crisis


2022 will continue to be marked as a “difficult” year for the automotive industry, and although it expects stability in the supply of semiconductors worldwide, the production, export and sales of cars in Mexico will be “dragged”, at least during the first semester by the absence of chips; while new obstacles will be added, among them the inflationary level with an increase in prices and a decrease in the purchasing power of vehicle consumers.

At the end of 2021, North America was the region that had the greatest impact due to the absence of semiconductors for the assembly of vehicles, with the 26% participation in affectations, and stop producing 2 million 472 thousand 038 units. Of this amount, the United States received 1.5 million units; to Mexico 603 thousand 329 cars and Canada with 382 thousand 961 vehicles, informed Alberto Bustamante, president of the National Auto Parts Industry (INA).

“This impact, we are still going to bring it in 2022 … a stabilization in the semiconductor supply is observed in the middle of the year, but we will continue dragging it (the supply problem)”, said the leader of the auto parts industry.

In the world, 75.5 million light vehicles were produced, and due to the shortage of chips, 9 million 532 thousand 585 units were stopped being manufactured, according to INA, based on information from IHS Markit.

After North America led the greatest impact on car manufacturing, it was followed by Europe, which had an impact of 2 million 385 thousand 260 units, equivalent to a participation of 25%; China ranked third in assembly, with 1 million 824 thousand 374 units (19% share).

While Japan and Korea lost the manufacture of 1 million 682, thousand 40 units, representing 18%; South America (which includes Brazil, Colombia and Argentina, others) stopped producing 715 thousand 953 units (8%) and South Asia with 437 thousand 220 vehicles (5%), and the Middle East-Africa subtracted 15 thousand cars, with just an impact of 0.2% during 2021.

In a virtual press conference to announce the details of the 2021 automotive report, the director of the Mexican Association of the Automotive Industry (AMIA), Fausto Cuevas, said that the installed capacity of companies that assemble cars in Mexico is 70%, despite the increase in demand.

“We continue to be at export levels below the levels of the pandemic. We have stopped exporting 685 thousand units in 2021, compared to 2019. We are experiencing a significant demand effect, but a lack of product supply, which leads to a drop in production and exports ”, he explained.

In the dealer sector There is confidence that the semiconductor market will stabilize in the coming months, however, it has set off alarms due to the increase in inflation, which will lead to an increase in vehicle prices, a decrease in purchasing power and consumer debt, commented Guillermo Rosales, president of the AMDA.

Given this, he estimated that for this year sales of light cars will rebound marginally by 2.4% compared to 2021, so that automotive companies place 1 million 39 thousand cars in the Mexican market.

Derived from the health crisis that has impacted the economy in general, with inflationary increases, the cost of supplies led to an 8.5% increase in new vehicle costs average, registered until November 2021, compared to the price they had in the same month of 2020.

“With regard to vehicle prices, both the insufficient production and supply for the micro-chip industry and the increase in the price of practically all the raw materials that are present in a vehicle, speaking of steel. , aluminum, glass, the cost of energy to power the plants, logistics costs, maritime, rail, land freight, the disposal of containers have had significant increases and with this the cost of manufacturing a vehicle has increased significantly and therefore consumer prices have also risen ”, explained Guillermo Rosales.

Previous Post
Market report: Stock exchanges back on track
Next Post
Forex: Euro stable ahead of US inflation data