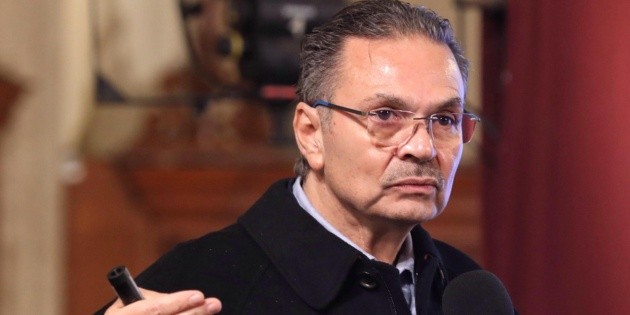 Thus, Pemex seeks to fulfill the promise of President Andrés Manuel López Obrador (AMLO) to seek the “self-sufficiency” and contain the historical inflation of energy.

“Practically 100% of Mexican crude is going to be refined in our country to guarantee fuel supply,” said Romero Oropeza at AMLO’s morning press conference in Mexico City.

The director of Pemex indicated that when the López Obrador government began, in December 2018, 1.71 million barrels were produced per day, and now it is at 1.75 million. By 2024, the goal is raise it to 2 million.

When presenting a special report on the “energy transformation”, the Pemex director showed that in 2018 506 thousand barrels were processed and 1.19 million were exported a day, a proportion that in 2021 changed to 714 thousand processed barrels and 1,019 million exported.

“By 2023 and 2024 practically all of Pemex’s production will be processed, it will be refined,” he said.

The cessation of exports will occur despite the fact that Oil sales abroad reached 26 thousand 123.5 million dollars from January to November 2021, an annual increase of 68.5% compared to the same period in 2020, as reported on Friday by the National Institute of Statistics and Geography (Inegi).

This figure is already even higher than the 25 thousand 794 million dollars that oil exports represented in all of 2019, before the pandemic, indicated Inegi.

Even so, the President defended the Pemex plan, the most indebted state oil company in the world.

Although López Obrador has insisted that in his government the price of gasoline “has not increased in real terms”, since in the first half of December the general inflation rate reached 7.45% year-on-year, with a rise in prices of the energetics of 12.47%.

In addition, based on inflation, the Ministry of Finance announced last week a nominal increase of 7.3% in the Special Tax on Production and Services (IEPS) paid by fuels.

The announcement occurs in the midst of López Obrador’s “rescue” of Pemex, which lost $ 4.936 billion in the first 9 months of 2021 after losing $ 21.417 billion in 2020 in the “worst crisis in its history”, as recognized by the company itself.

Only this 2021, the Government supported Pemex with a total of 19 billion dollars, between capital injections, tax reduction and debt payments, according to a report by Moody’s.

For the remaining three years of this Administration, Pemex foresees a total budget of more than 1.11 trillion pesos (more than 53 thousand 500 million dollars).

While the Secretary of Energy, Rocío Nahle, highlighted the increase in Pemex’s refining capacity with the rehabilitation of the six existing refineries, the incorporation of the Deer Park plant in Houston, Texas, and the construction of the Dos Bocas refinery in Southeast.

With this, the Government will leave the national refining system operating at 86% of its capacity in 2024.

“When we arrive on December 1, 2018, we find utilization at 32%. Today we are closing this year at almost 50% utilization of the national refining system and by 2024 we will be leaving 86%, and with this we will be achieving self-sufficiency in Mexico, “Nahle said.