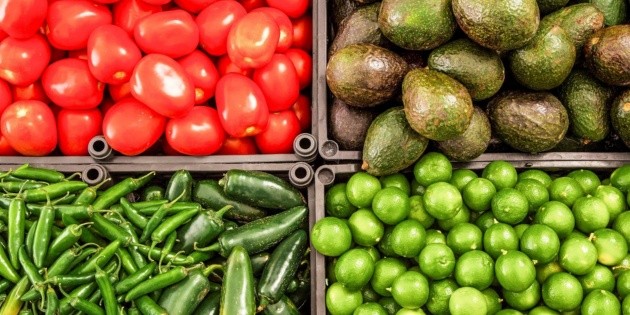 Mexico is consolidated as the seventh agricultural exporter in the world: Government


Mexico is consolidated as the seventh agricultural exporter in the world by selling its products to 192 countries, the federal Ministry of Agriculture and Rural Development (Sader) said today.

“The support of the Government of Mexico to the producers and agribusiness sector, its wide network of trade agreements and its high standards of food safety and quality, has placed our country in the seventh place in the world in export,” said Sader in a statement .

Beer and tequila, stars of the sector

The agency highlighted that Beer It is the Mexican agri-food product that is exported the most, reaching 130 countries.

Until September this year, the country had sold 3.12 billion liters of this drink with the United States, Australia, Canada and South Africa as the main destinations.

In second place was the tequila, with sales of 177 million liters until last August and exports reaching New Zealand, Kenya, the Philippines and the British Virgin Islands.

“The numbers and records are important and motivate us to continue growing, but we never forget that behind the foreign trade figures there are success stories of companies, producers and people who are the face of the transformation of the field”, declared Víctor Villalobos , holder of the Sader.

This announcement comes after it was revealed that exports agriculture and fisheries rose 7.5% year-on-year in the first 11 months of 2021, when they added 17 thousand 808 million dollars, as reported last Friday by the National Institute of Statistics and Geography (Inegi).

Mexico has bet on foreign trade for economic recovery after the COVID-19 crisis, which in 2020 caused a historic contraction of 8.2% in gross domestic product (GDP), although there was an advance of almost 2 in the primary sector.

But the Sader promised this Sunday that the Government promotes the diversification of markets, as shown by the search for halal certification towards markets with a Muslim majority.

“Among the products with potential due to their certification, aloe vera, canned tuna, cocoa and chocolate, coffee, chicken meat, dairy products, honey, sauces and vegetables stand out,” he stated.