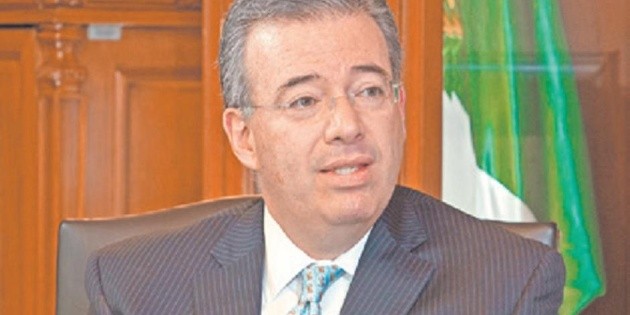 “It is important that the exchange rate does not amplify global risks”: Alejandro Díaz de León


The level of the interest rate is what determines the monetary policy stance. And in the case of Mexico, the level of the rate has been key to contribute to an orderly behavior in the exchange rate and in the fixed income market in long-term rates, assured the governor of the Bank of Mexico, Alejandro Díaz de León.

Unlike other Latin American emerging central banks, Banco de México did not lower interest rates that much when the pandemic struck. So it can be said that “we had already done part of the task that was required by the environment and the inflationary challenge.”

Interviewed by El Economista, he recognized that inflation faces global risks, such as increases in international prices.

But he clarified that it is very important to ensure that the exchange rate does not amplify these risks, “that it is not pressured (the weight) and that it dampens the external tension.”

When observing the behavior of the exchange rate, we can see that it has been much more stable than that of other emerging Latin American economies. And in this sense it is reflected that the monetary adjustment that we have been doing has contributed to promoting it.

The banker stressed that we must not see the accumulated variation in the change in the rate, but rather the level from which it starts and where we are.

10 days after closing his cycle as governor of the Bank of Mexico, identifies the behavior of the exchange rate and the announcement of a withdrawal of monetary stimulus from the Fed accelerated as factors of attention for monetary policy.

As the reduction in the purchase of assets by the Fed accelerates and the increase in interest rates, an environment of greater volatility is created for financial markets that can lead to further adjustment or episodes of exchange rate volatility, he said.

The exchange rate together with the risk premiums in the long part of the curve, the internal and external shocks are some of the various indicators that are taken into account and reviewed prior to the monetary policy decision.

In the main building of the central bank, located on Avenida 5 de mayo, he observed that internally, inflation pressures are found in the bad harvests that have arisen due to climate change; salary increases greater than expected; and, he admitted, as a direct question, that they may also reflect the cost of insecurity.

Take the survey that Banxico applied among entrepreneurs in the country, contained in the Report on Regional Economies to answer that insecurity increases the operating costs of businesses and can affect or pressure prices. Its impact from one region to another varies. But it does push.

The central banker recognized the pandemic as “a succession of unprecedented challenges that we managed to face thanks to macroeconomic stability.”

Pointed to solidity macroeconomic as a key element to face these challenges and described it in terms of three components: sustainable public finances, a monetary policy focused on low and stable inflation and a solid financial system and resilient.

By having all three elements like this, you can handle adversity in a better way. If all three are not present, as Mexico has maintained for years, any external or internal shock can have a much greater effect.

Ten days after closing his cycle at the Bank of Mexico, he reported that he has already started the transition with the next governor, Victoria Rodríguez Ceja.

“I am gladly doing what is in my power to ensure that it is an orderly and functional transition that contributes to the good of Banco de México and the new governor. We have held constructive meetings, with an open dialogue and close communication ”.

Governor Díaz de León ends his post on December 31, a period that closes a career that began 30 years ago at Banco de México.