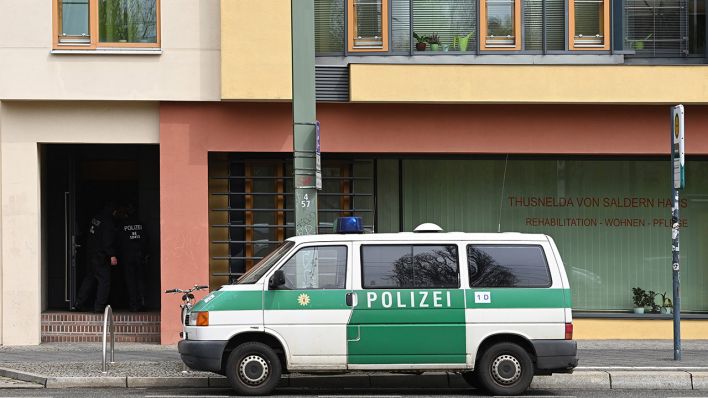 Caregiver sentenced to 15 years in prison for murder

The act shook Potsdam: A nursing assistant killed four people with a knife in the Oberlinhaus in April. Now she has been sentenced to 15 years in prison – and has to go to a psychiatric clinic.

A former carer has been sentenced to 15 years imprisonment for the killing of four residents of a home in Potsdam for disabled people. In addition, the Potsdam Regional Court ordered the accused to be placed in a psychiatric hospital on Wednesday.

The defendant was guilty of fourfold murders and multiple attempted murders as well as the mistreatment of those under protection, the 1st criminal chamber ruled. The verdict is not yet legally binding.

With its decision, the court complied with the demands of the public prosecutor’s office. The assumption was that the defendants were less liable to guilt. The prosecution and defense had requested that the 52-year-olds be placed in a psychiatric ward.

The court considered it proven that the defendant killed four defenseless residents between the ages of 31 and 56 with a knife in their rooms in the dormitory of the diaconal institution Oberlinhaus at the end of April. A 43-year-old resident survived after an emergency operation.

The defendant urgently needed medical help because of her psychological condition, said the presiding judge Theodor Horstkötter in the verdict – also on the day of the April 28th. If the 52-year-old had gone to the doctor that day – as would have been correct according to Horstkötter – the victims could still be alive and would not have “died in such a cruel way,” said the judge.

The psychiatric expert in the process had reported a serious personality disorder of the accused last week and recommended that the 52-year-old be placed in the penal system. Seriously mentally ill offenders are accommodated there, who are considered to be incapable of guilt or to a lesser extent. The aim is to both make therapy for offenders possible and to protect the public from them.

The former carer was arrested immediately after the crime on high suspicion. The district court had admitted her directly to a psychiatric clinic. The woman had apologized in the process in her closing remarks to the relatives of the victims. I’m sorry.