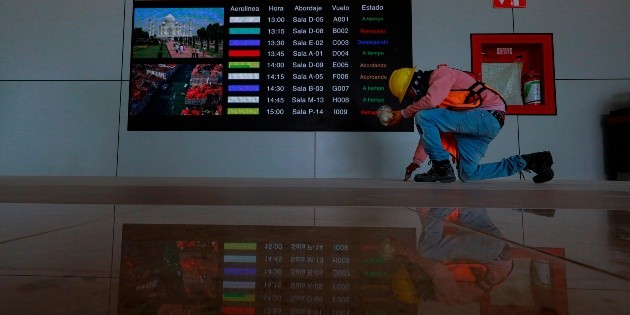 
The Secretariat of Infrastructure, Communications and Transportation published this Thursday the air routes for civil operations at the new Santa Lucía airport, officially called Felipe Ángeles (AIFA), in the State of Mexico.

The federal agency reported that the air navigation charts were published in the Aeronautical Information Publication manual (PIA), which contain, among others, the arrival, departure and approach procedures for civil operations at the new Santa Lucia airport.

In a statement, the SICT detailed that the electronic document, more than 900 pages, is of international diffusion so that pilots, airlines and aeronautical service providers can consult the information related to the routes, procedures and airports in which they intend to operate.

He added that the new air routes were designed in strict adherence to national and international regulations on air safety, so that the separations between aircraft, obstacles and the ground comply with the provisions of the applicable regulations.

Consensus on routes for AIFA

The routes and procedures, indicated the Secretariat, were agreed and coordinated Through multiple work meetings with the aeronautical community of Mexico, among which the participation of national and international airlines stands out; the Mexican Air Force; the International Civil Aviation Organization (ICAO), and the International Air Transport Association (IATA).

He pointed out that through these meetings there was continuous feedback to develop safe, efficient flight procedures adhering to current national and international regulations, which guarantee the simultaneous interaction of the airports of the Metropolitan Airport System (SAM), among which are those of Mexico City (AICM), Toluca, Puebla, Cuernavaca and Santa Lucía.

Viva Aerobus and Volaris have confirmed their intention to operate from the Santa Lucía airport, while Aeroméxico has assured that it will not.

The new airport, one of the major projects of the Government of Andrés Manuel López Obrador (AMLO), is expected to begin operating on March 21, 2022.