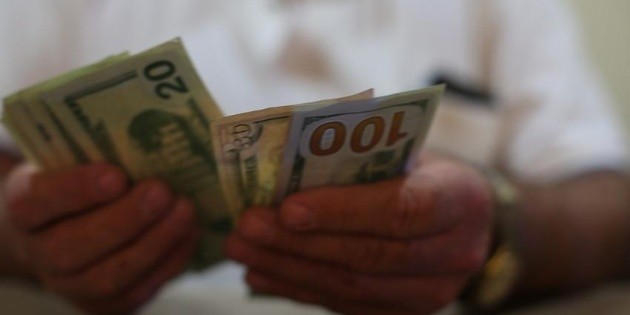 Remittances to Mexico would reach 53 thousand million dollars this 2021, according to calculation


Remittances from Mexicans living abroad, 90% of which originate in the United States (EU), would reach 53 billion dollars (MDD) this 2021, according to a study carried out by the company World Remit, which operates in 130 countries around the world.

In this way, while in the world remittances will grow by 7% on average, according to the World Bank, growth in Mexico will approach 24%, above countries such as India, China and the Philippines, which are also large recipients of remittances.

According to the expert, this growth is even transferred to the Gross Domestic Product of Mexico: for three years, the weight of remittances is increasing by one percentage point in annual GDP, reaching the current 5%.

The reasons are various, from the post-pandemic economic reactivation in the United States to the continuation of a migratory wave that does not stop from Mexico to U.S, through regular or irregular routes, and which suggests that emigration is going to become a structural phenomenon in Mexico, as it already is in the countries of its southern border such as Guatemala, Honduras or Salvador.

Regarding the use made of remittances, for the most part they serve to guarantee what Godínez called “the basic family support”, since they are dedicated to paying, in this order, food and clothing (36% of the total), housing rent, medical expenses and education.

However, in the Christmas period there is a specifically different phenomenon, and the study considers that 50% of remittance expenses are used to buy gifts, while the other half is used to finance banquets or home decoration.

The expense of the Christmas period for Mexican households is striking: While in the world an average household increases these expenses at Christmas by 33%, in Mexico that percentage rises to 148 percent.

According to the study, this is not explained only for cultural reasons, but also because the workers who send the money use a large part of their December bonuses to increase their remittances.

Finally, Godínez highlighted that digital transactions are beginning to gain weight, at least in those originating from the United States (where they already account for 17%), a sign that workers are increasingly interested in minimizing the expenses of these remittances. .