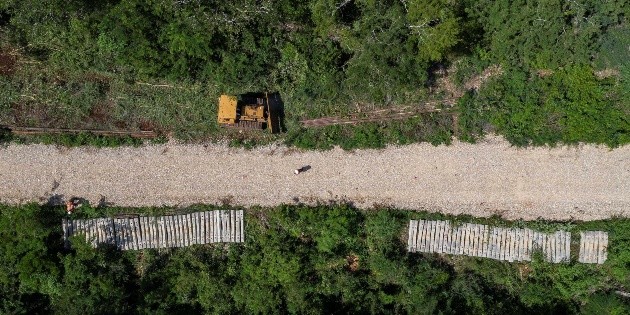 Mayan Train: The Secretary of Tourism defends its construction


Faced with the claims for the Mayan Train project, by opposition deputies, the Secretary of Tourism, Miguel Torruco Marqués, defended said project.

During your appearance, the legislators reproached that 63% of the budget for the agency in 2022 will be used in the Mayan Train, while states and municipalities require more support to develop their tourist areas.

In response, the federal official pointed out that from 2012 to 2018, the budget for Sectur was 54 billion pesos, and despite this, at the end of 2018 We are in seventh place in the world in inbound tourism, in place number 17 in attracting foreign exchange, in place 40 in spending per capita, and in 23rd place in competitiveness.

He said that it is unfortunate to be in 40th place in terms of per capita spending, and argued that this reality is due to the fact that this administration received a model that at the time gave results but later became vitiated, since today tourism is concentrated in six tourist squares.

“We are talking about Cancun, Mexico City, Los Cabos, Guadalajara, Monterrey and Puerto Vallarta, only,” he said.

For that reason, noted that by having 1,524 kilometers of track through the Mayan Train, Yucatan, Quintana Roo, Tabasco and Chiapas will benefit., which will allow the diversification of tourism throughout the country.

“There will be 19 stations where you will go through 109 high-impact attractions, it will allow us to improve per capita spending and especially the collection of foreign currency. The Mayan train will not only be tourist, in the Riviera area it will help so that the workers do not do their work 2 or 3 hours, it will also be load and that will give greater flow to the road to be interconnected. In short, the Mayan Train responds to give greater ease and fair and balanced regional development for the development of the populations and not only to six tourist places that concentrate 92.5% of the total “, he concluded.

Previous Post
Merkel calls for the fight for democracy – ‘All the best’ for Scholz
Next Post
Handball: Germany wins World Cup opener against the Czech Republic