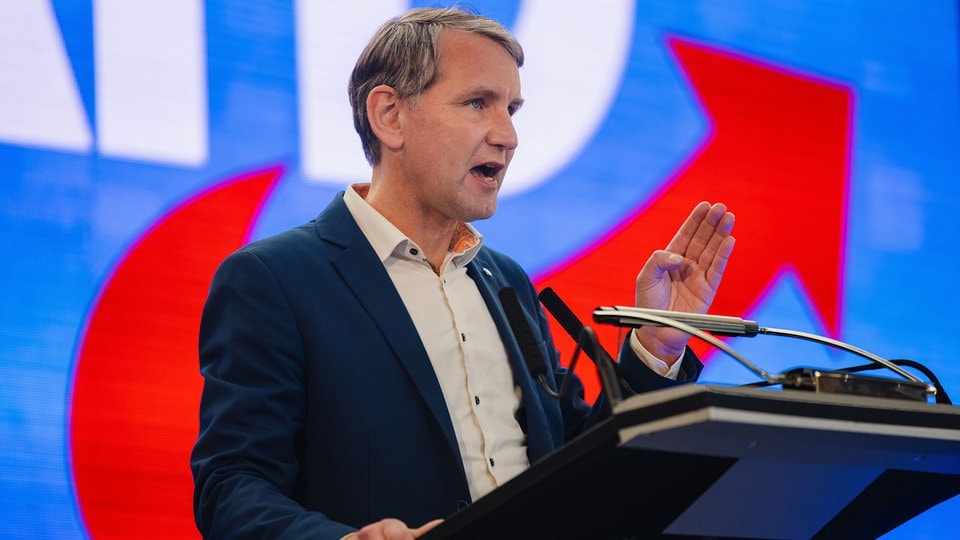 The justice committee of the state parliament is supposed to lift the immunity of AfD parliamentary group leader Björn Höcke on Wednesday afternoon. According to information from MDR THÜRINGEN, the committee meets for an extraordinary meeting immediately after the Corona special plenum.

The reason is an application from the Halle public prosecutor. Accordingly, the Saxony-Anhalt Greens chairman Sebastian Striegel had filed a criminal complaint against Höcke. The AfD right wing is said to have used a Nazi slogan in a speech in Merseburg in May this year. He could have made himself liable to prosecution. At first he had Spiegel reported.

The Thuringian AfD was classified in March by the State Office for the Protection of the Constitution as a secured extremist observation object.