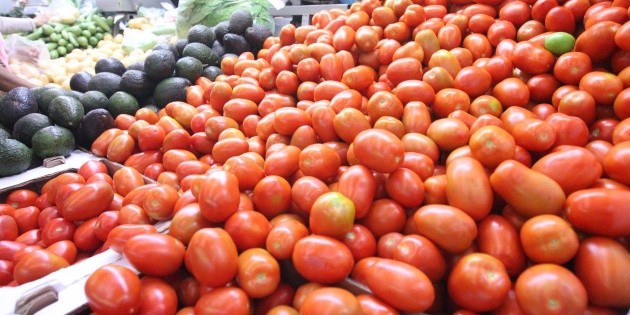 Inflation in Mexico rises to 7.05%, its highest level in 20 years


The inflation rate in Mexico rose in the first half of November up to 7.05% year-on-year, its highest level since 2001, the National Institute of Statistics and Geography (Inegi) reported on Wednesday.

This, after a price increase in this period of 0.69% compared to the immediate previous fortnight, driven by agriculture and energy companies.

In the same period of 2020, just a year ago, the corresponding data reflected an increase of 0.04% in the consumer price index (CPI), bringing inflation to 3.43%.

Last October, Mexico registered an inflation rate of 6.24%, after prices rose 0.84% ​​in the tenth month of the year.

So this data for the first half of November reflects a clear rebound in consumer prices.

The underlying price index, considered a better parameter to measure the general shortage because it eliminates items with high volatility in their prices, increased 0.15% in this period and left the annual rate at 5.53%, according to the Inegi in a statement.

Within the subgroup of underlying goods and services, merchandise increased 0.07% and services grew 0.025%, with an annual rate of 7.04% and 3.85%, respectively.

In the non-core, agriculture and livestock increased 2.17% compared to the previous fortnight and energy and tariffs authorized by the Government increased 2.38%.

Finally, the price index of the minimum consumption basket, made up of 176 products and services, showed a fortnightly increase of 0.76% and 7.94% year-on-year.

The economic reactivation in Mexico came after two months of suspension of all non-essential economic activities, in April and May 2020, due to the COVID-19 coronavirus crisis, which had a strong impact on production and consumption.