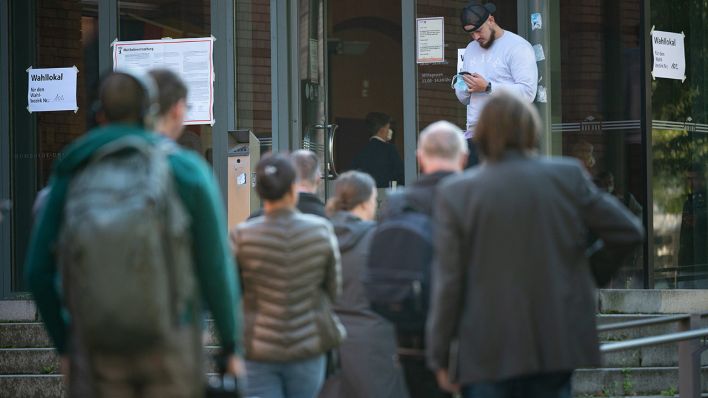 The chaos on election day in Berlin could have repercussions – at that time there were sometimes severe delays. The Federal Returning Officer has now appealed against the results of the federal election in six Berlin constituencies.

Federal Returning Officer Georg Thiel appeals to the federal election results in the capital after the mishaps in the elections in Berlin. This was announced in a press release on Friday. He requested a test report from the Berlin State Returning Officer.

According to all currently available information, the mishaps on election day in Berlin represented electoral errors. According to this, in some Berlin constituencies it was due to missing or incorrect ballot papers to temporarily close voting rooms and for other organizational reasons to queues in front of voting rooms. As a result, there were sometimes very long waiting times, so that as a result, many voters were unable to exercise their right to vote, according to the statement. In addition, the electoral errors that have occurred
have been relevant to the mandate. It cannot be ruled out that, without these occurrences, there would have been a different allocation of seats in the German Bundestag.

The objection of the election officer relates to the constituencies:

Objections are submitted to the election review committee of the German Bundestag. The deadline ends on November 26th. In the end, the Bundestag has to decide whether an objection was justified or not. Elections can then be declared invalid in whole or in part, so that by-elections take place. However, it is also possible that only a violation of the law is found.

In the elections to the Bundestag, the House of Representatives and the district council assemblies on September 26, there were several mishaps in Berlin. In some polling stations ballot papers ran out, in others the wrong ones were initially on display. In addition, long queues formed in front of some voting locations, so that some voters were only able to cast their votes after 6:00 p.m.

According to Business Insider, there were problems in the House of Representatives election in 200 of 2,000 polling stations. The portal relied on a “secret report” by the Berlin state election officer Petra Michaelis, who has since resigned.

According to an rbb | 24 data analysis, a noticeable number of ballot papers were invalid in at least 99 electoral districts. There is at least 13,120 votes in all ballots.