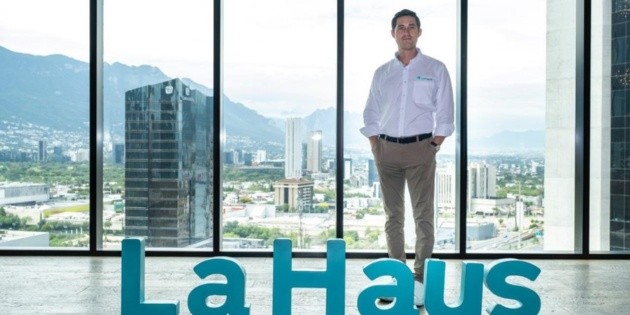 The Haus breaks record in Monterrey! In just 30 days, proptech exceeded the goal set for its first quarter of operation


La Haus, the real estate technology company that began operations in Monterrey at the end of September 2021, and that specializes in the sale of new homes in alliance with New Leonese developers, exceeded 50 transactions in its first month of operation, which means growth three times faster than expected.

At its start of operations, La Haus had a positive expectation of the city and estimated 200 transactions in the first year of operation. However, “in 30 days we achieved what we expected for the entire first quarter, this volume of transactions is the result of the opening of the developers to work with technology companies, understanding that we reduce the times of sale and improve the conditions for all actors in the real estate sector “, said Diego Ordoñez, Hub Manager Monterrey of La Haus

The company, created by the Mexican Rodrigo Sánchez-Ríos and the Colombians Santiago García, Tomás and Jerónimo Uribe, is experiencing a historic moment of growth, since from April 2020 to date they increase their operation by around 30% each month, and from January 2021 to the end of October they went from 300 to more than a thousand employees, divided between Colombia and Mexico.

The Haus expanded its operation from Mexico City, where they began operations in the country, to benefit the market of Guadalajara, Monterrey, Querétaro and, soon, the Riviera Maya. It is the leading proptech in Mexico and Colombia, and has the backing of the Kaszek fund; as well as shares of Jeff Bezos, the founder of Amazon; and entrepreneurs such as David Vélez, founder of Nubank, and Simón Borrero, of Rappi.

“The value proposition of La Haus allows the people of Monterrey to receive a service focused on their interests and needs, where trust prevails. The trend marks the sale of apartments for those looking to buy for investment or to have their first home; mainly by buyers between 25 and 35 years old; however, the offer is very varied and covers all segments and interests, we even had the sale of a first lot without any construction ”, Ordoñez added.

The Haus found that the most popular areas are Centro and Guadalupe for the vertical middle and residential housing segments. Regarding horizontal housing, Cumbres / García, Apodaca and Carretera Nacional have continued with absorptions well above the rest of the metropolitan area; although the company recommends consulting its real estate investment index to know the areas with the greatest potential for the future.

Where to Invest Index Monterrey

Proptech created the “Where to Invest Index by La Haus”, which provides a comprehensive picture of real estate investment opportunities and supports investors and buyers to make better informed and data-driven decisions. The elements considered are: the weighting in the quarterly capital gain; absorption, that is, how much and how quickly properties are sold in a certain area or development; the amount of total sales in the city and adds interest through searches by users.

In its first edition, this La Haus index presents the:

Top 5 Colonies to Invest in Monterrey