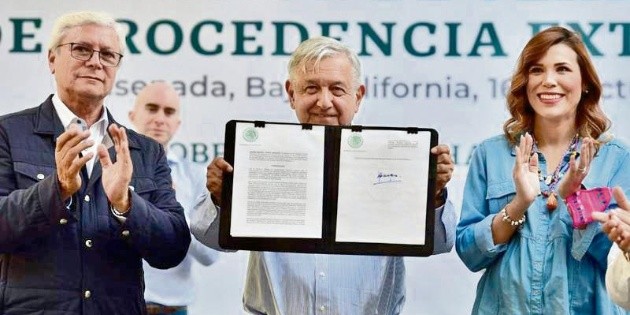 The regulation of “chocolate” cars is official


The Ministry of Finance and Public Credit (SHCP) published in the evening edition in the Official Gazette of the Federation (DOF) the Decree to legalize cars called “chocolate”.

It is ordered that the income obtained from the contributions derived from the definitive importation of used vehicles in the northern border region and Baja California Sur and from the sanctions applied due to the infractions incurred by natural persons for exceeding the term of Return of used vehicles temporarily imported to said region and federative entity, will be destined in accordance with what is established by the Federal Revenue Law for the corresponding fiscal year.

That is to say, for paving the streets of the municipalities of the states of the northern border area of ​​the country, as approved yesterday by a majority of the Finance Commission of the Chamber of Deputies.

The SHCP, Economy and Security and Citizen Protection secretariats are instructed, within the scope of their powers, to develop a program that encourages individuals residing in the northern border region, to carry out the regularization of vehicles Used automobiles, of foreign origin, that are in said states, based on the decree that regulates the definitive importation of used vehicles in force.

2,500 pesos is the amount that the owners of imported vehicles will pay, as the President said last week

We use cookies to ensure that we give you the best experience on our website. If you continue to use this site we will assume that you are happy with it.Ok